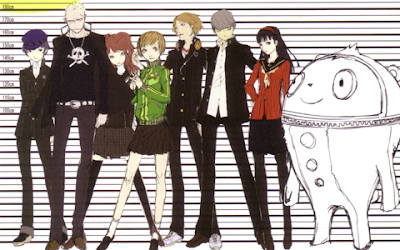 It's one my favorite games, and its only real competition for best PS2 RPG is its immediate predecessor, Persona 3. What I find fascinating about both of these games is that they use what became one of the sometimes-unfortunate defining traits of the Japanese RPG - their extreme length, especially when compared to other genres - and used it for storytelling purposes. 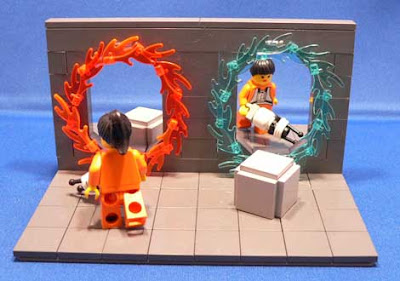 Game length is one of those nebulous topics where I find my opinions changing every time I think about it. I have felt cheated in the past by games that ended too abruptly, and been bored by games that were clearly full of padding to extend play time. What it comes down to, I think, is that a game should last for as long as it's fun, and as long as it has new things to say. Portal and Braid come to mind, as short games that explore their mechanics thoroughly in ~4 hours and then end, and I don't know that I've ever heard many arguments that those games need to be longer. (Portal 2 is significantly longer, but it earns those hours with great extensions to the basic gameplay formula, with constant shifts of setting, and with writing that continues to serve as a reward for players even if a puzzle isn't holding their attention).

But RPGs have often touted "length" as a major selling point. Boxes would claim 40, 60, 100 hours of gameplay, as though it were an end within itself. What this often translates to, however, are long, uninteresting cutscenes, slow-paced battle systems, needlessly obscure puzzles, unfocused, meandering plots. Padding.

Contrast, say, Chrono Trigger, and its sequel Chrono Cross. Trigger is generally considered to be one of the all-time best JRPGs. Cross... isn't.* There are a lot of factors at play to explain that, but the one that I want to focus on here is the fact that Chrono Cross is roughly 3 times longer than its predecessor.

Chrono Trigger is an unusually short game for its genre - about 20 hours, if memory serves. But it is also an extremely tight game - every action your party takes flows naturally into the next, into the next after that, from the opening Millenial Fair to the finale, where focus spreads to give each character their own character-defining sidequest and the player is given multiple options to tackle the final challenge against Lavos. I could chart every major story beat of the game from memory, if I was so inclined, and while that's partly out of familiarity, it's also because everything follows a logical order.

Chrono Cross, on the other hand, meanders. It runs through a cast of 45 playable characters and tons of NPCs. The player's end goal changes numerous times, distractions butt into the plot every few hours.. It's messy and it's tiring and it's LONG. At one point you're organizing a concert, then you're walking in a high-tech city from the future, then you're trapped in a crazy painting world. It doesn't feel long because the designers had a long story to tell; it feels like the designers were told to make a long game and threw a bunch of different ideas together.

(*Mind you, I do like the game. It has a good battle system and a great soundtrack, and it tries to deal in-depth with some interesting concepts that Trigger only deals with in subtext. But it IS a mess.) 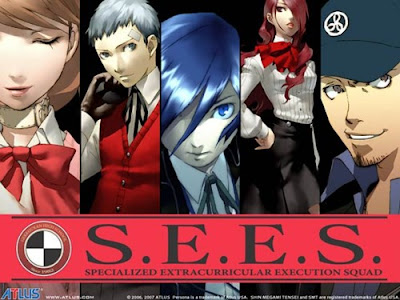 Speaking of meandering, didn't I start this post by talking about Persona?

Persona 3 and Persona 4 are an odd blending of genre - they mix fairly hardcore RPG elements derived from their parent series, the Shin Megami Tensei games, with the time management and character-focus elements of a Japanese dating sim. The premise in both games is, basically, the one described on the TV Tropes page "Wake Up, Go to School, Save the World" - you're a high school student who must manage his social life during the day, and then use the power derived from your links to other people to fight otherworldly threats at night.

The games are long - my first playthroughs of each were in the ~60 hour range. But what makes them interesting in a discussion of game length are the way they use that longevity to their advantage. I would say about 40% of that time is spent in the actively RPG parts - exploring dungeons, fighting monsters, fusing Personas to increase your strength. The other 60% if spent socializing with your teammates and friends.

What's key here is that the games both take place over roughly a year. Your character goes (as long as you're managing his development and time properly) from a timid, coarse, friendless stranger into a brave, eloquent hero with a wide circle of friends supporting him in his fight. Huge swaths of game time are devoted to things like school trips or festivals. These occasionally lead to breakthroughs in your investigations, but they're mostly just chances for your character to interact with the rest of the cast, flirt with girls, listen to jokes, bond with friends.

Persona 4, especially, devotes a HUGE amount of time to the interactions between your main character and the other members of your party. As such, it's one of the few games that I've ever felt really conveys what a friendship is like - as much wasting time and shooting the shit as it is fighting to keep each other alive. There are concrete gameplay benefits to spending time with your friends, as they gain power the closer your bond is, but it's also pleasant. I find myself responding to these characters on an emotional level I usually don't, and that's at least in part due to the amount of time I've spent with them. 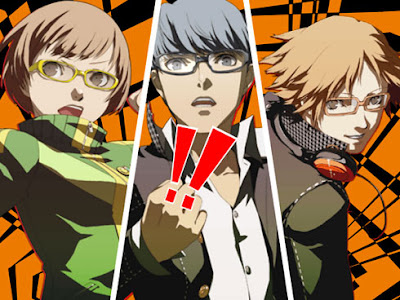 The player can generally chose to spend time in the dungeons to break all this character-building up with more traditional RPG stuff (Persona 3 makes this more mandatory because there's a limit to how long your characters can spend in the dungeon per trip, but Persona 4 does away with these limits) - but not always.

There's a long sequence in Persona 3 where the team, having reached a point of despair, refuses to enter the dungeon at all. As such, you can only watch them listlessly waste their days until a new catalyst sparks them to action. In gameplay terms, it lasts for maybe half an hour - but it's an extremely effective way to force the character's mindset on the players. It's boring, it's grim - it's good storytelling.

At the end of the day, the extreme lengths of these games make them FEEL like they take place over a year. It gives the player time to form attachments that mimic his character's, and those emotional resonances make the more epic beats of the story significantly more effective when they hit. All of which leads to a game that's way more affecting than others of its ilk.
Posted by Will at 2:01 PM

Where am I, what's going on?

This is the personal blog of William Hughes, an improv nerd, video game enthusiast, and writer for The Onion's A.V. Club. Expect intermittent bursts of activity, overly academic analysis of pop culture, and puns.

Other things I do online